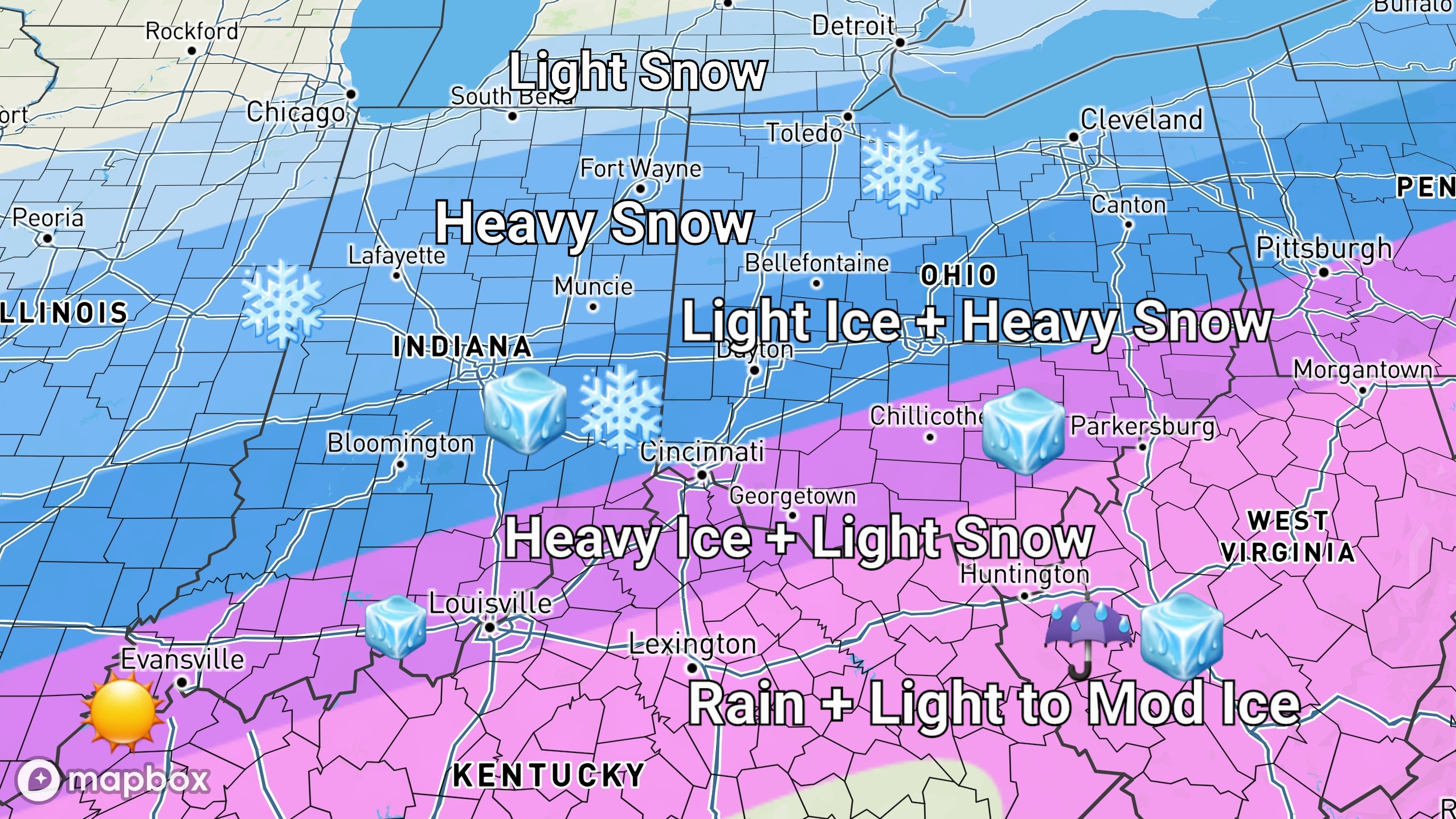 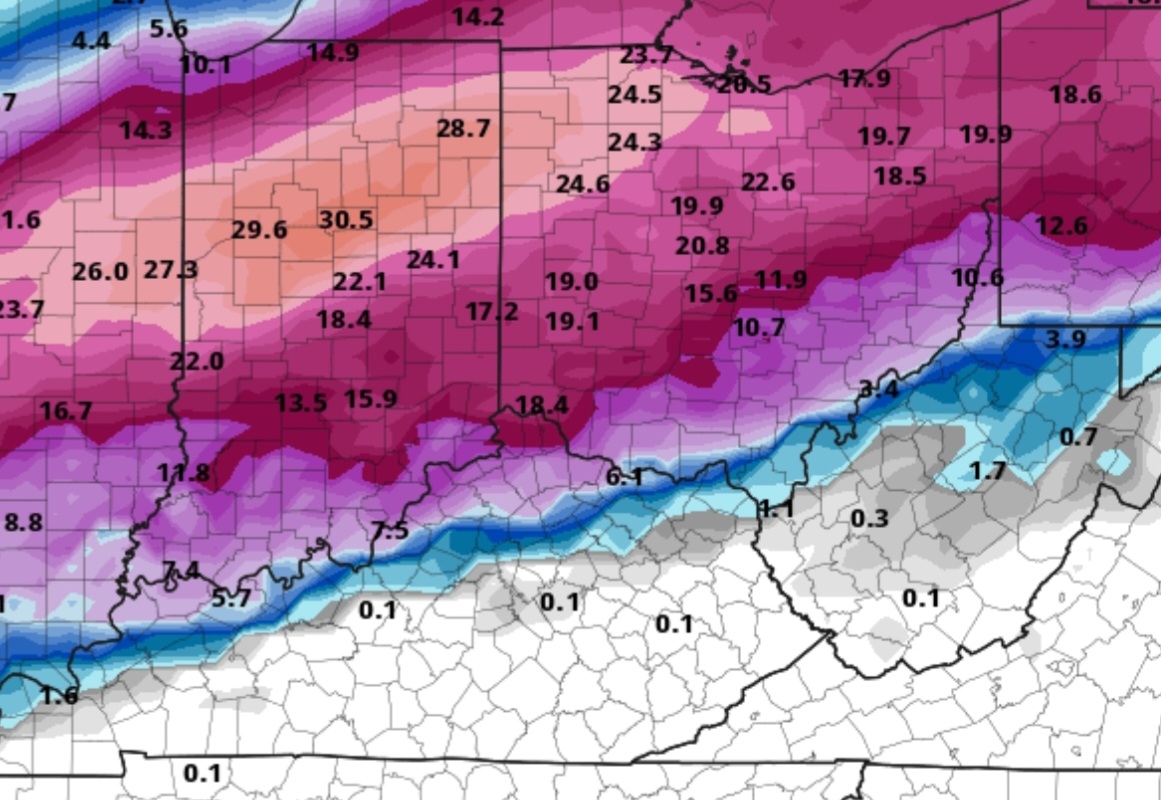 18Z GFS Total Snow Accumulation using the Kuchera method of calculation. This weeds out some of the sleet/freezing rain. 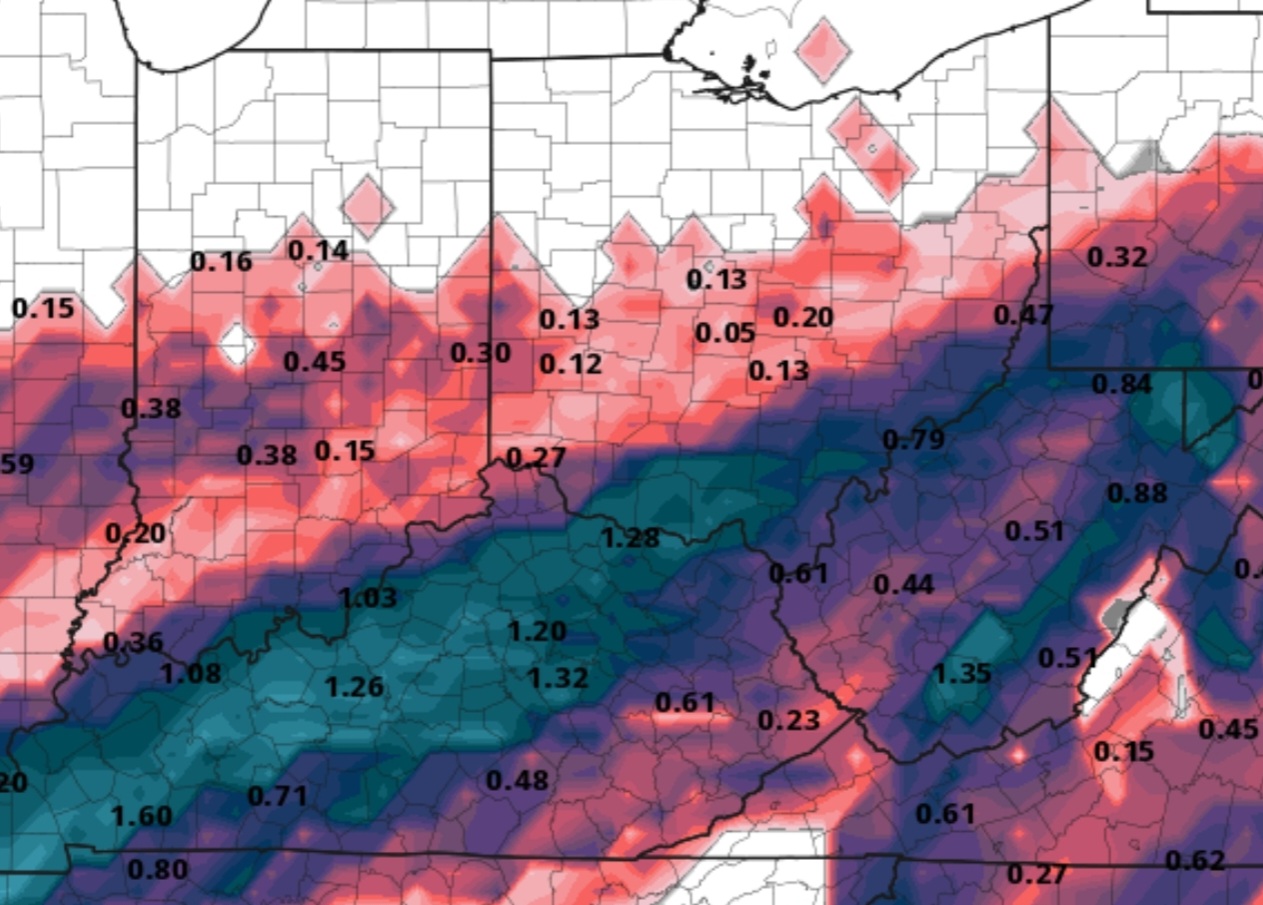 Prepare for a long duration winter precipitation event that will transition from rain on Wednesday to Ice and Snow on Thursday, starting in Central Indiana and progressing to the SE through the daytime hours, eventually reaching the Ohio River by afternoon or evening. While we continue to calculate potential amounts for given areas, we will monitor the latest trends over the next 24 hours and produce a forecast tomorrow evening with specific details regarding this dangerous Winter Storm!