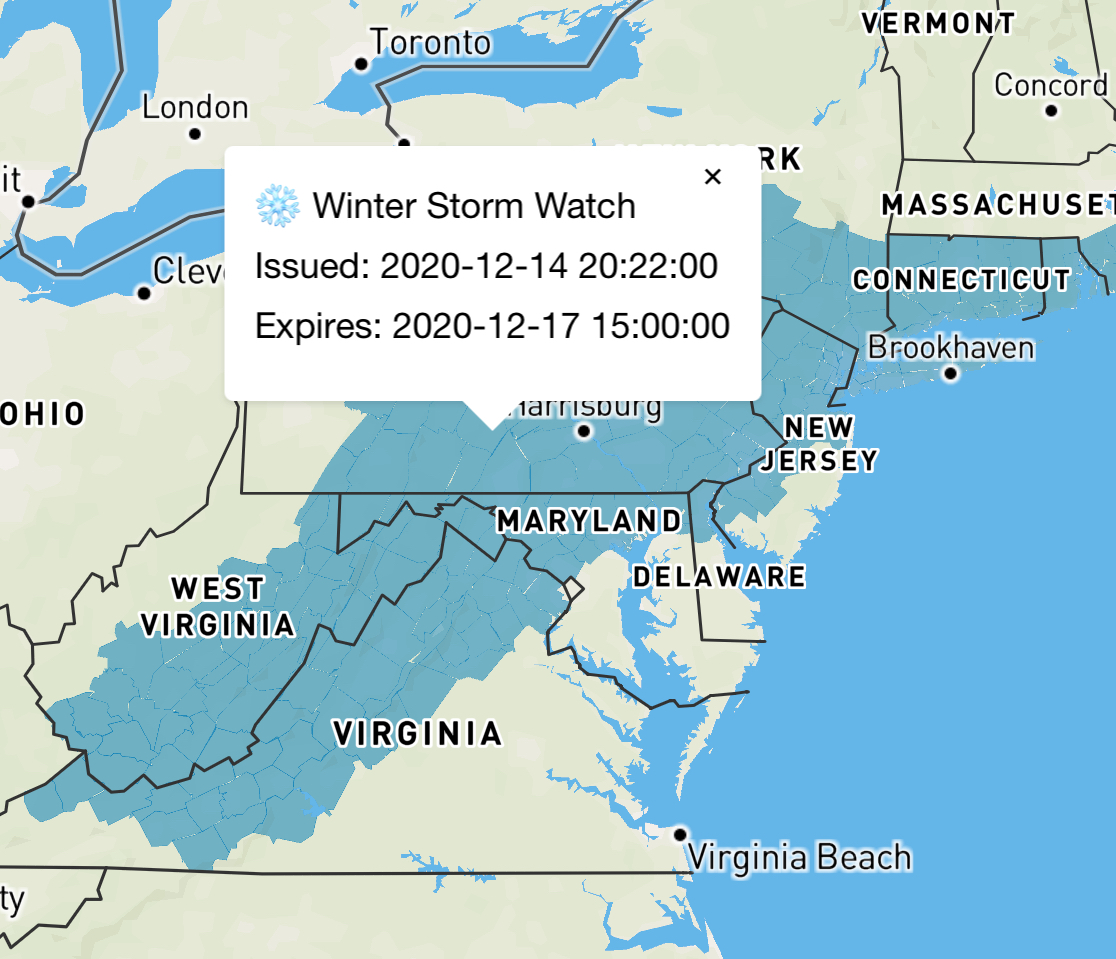 Image: SWC Forecast Center
December 14, 2020
❄ A large scale synoptic Winter Storm is poised to hit the central Appalachians, Mid-Atlantic, and southern New England late Tuesday night through midday Thursday.....
A low pressure system will develop and deepen in the Gulf Coast region as it treks northeastward. This low will funnel in both, Gulf of Mexico, and Atlantic Ocean moisture as it tracks along the eastern seabord Wednesday into Thursday. As the moisture is lifted up and over the front, moderate, to at times heavy snow, will occur from the central Appalachians, interior Mid-Atlantic, and interior southern New England. This has prompted the issuances of several Winter Storm Watches throughout this part of the United States.

Snowfall accumulations range from as little as three to four inches in lower elevations and valleys, to as high as a foot in the taller reaches of the Appalachians. A corridor of snow reaching 18 inches is possible in parts of the mountains. Further east along the Mid-Atlantic, interior cities could recieve four to locally eight inches. This range also applies to interior locations in southern New England. Along the immediate coast, rain should be the main mode of precipitation. However, as the low moves northward towards New Brunswick and Nova Scotia, colder air can infiltrate in to create small accumulations for cities like Newark, New York, and Providence. 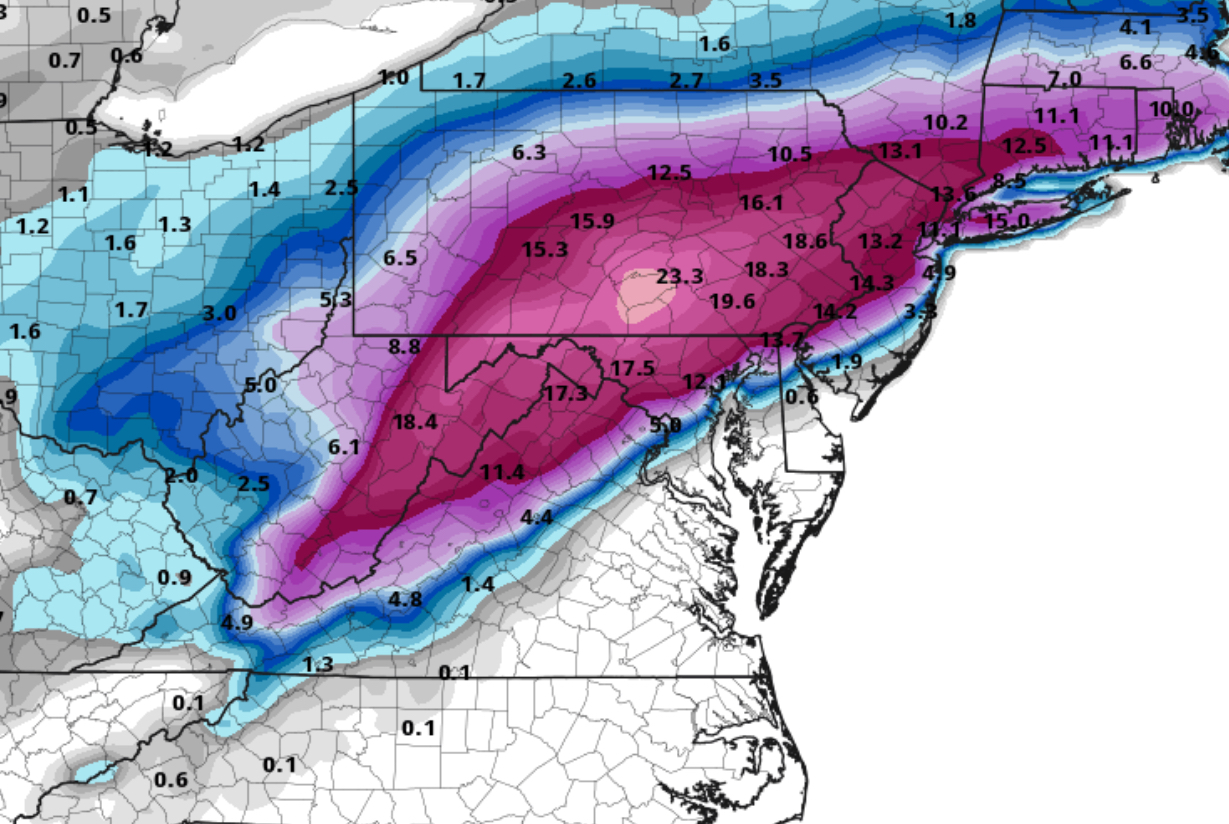 Image: ECMWF/Pivotal Weather
December 14, 2020
Latest model runs have trended slightly west accounting for warm air to slide up, along, and just inland. This results in the classic snow areas west of the Interstate 95 corridor, with rain along the coast. Some adjustments are likely, but strong model agreement yields confidence to use the above information as a good guideline for this storm. Keep tabs on the latest as this significant storm affects Appalachia, the interior Mid-Atlantic, and interior southern New England.