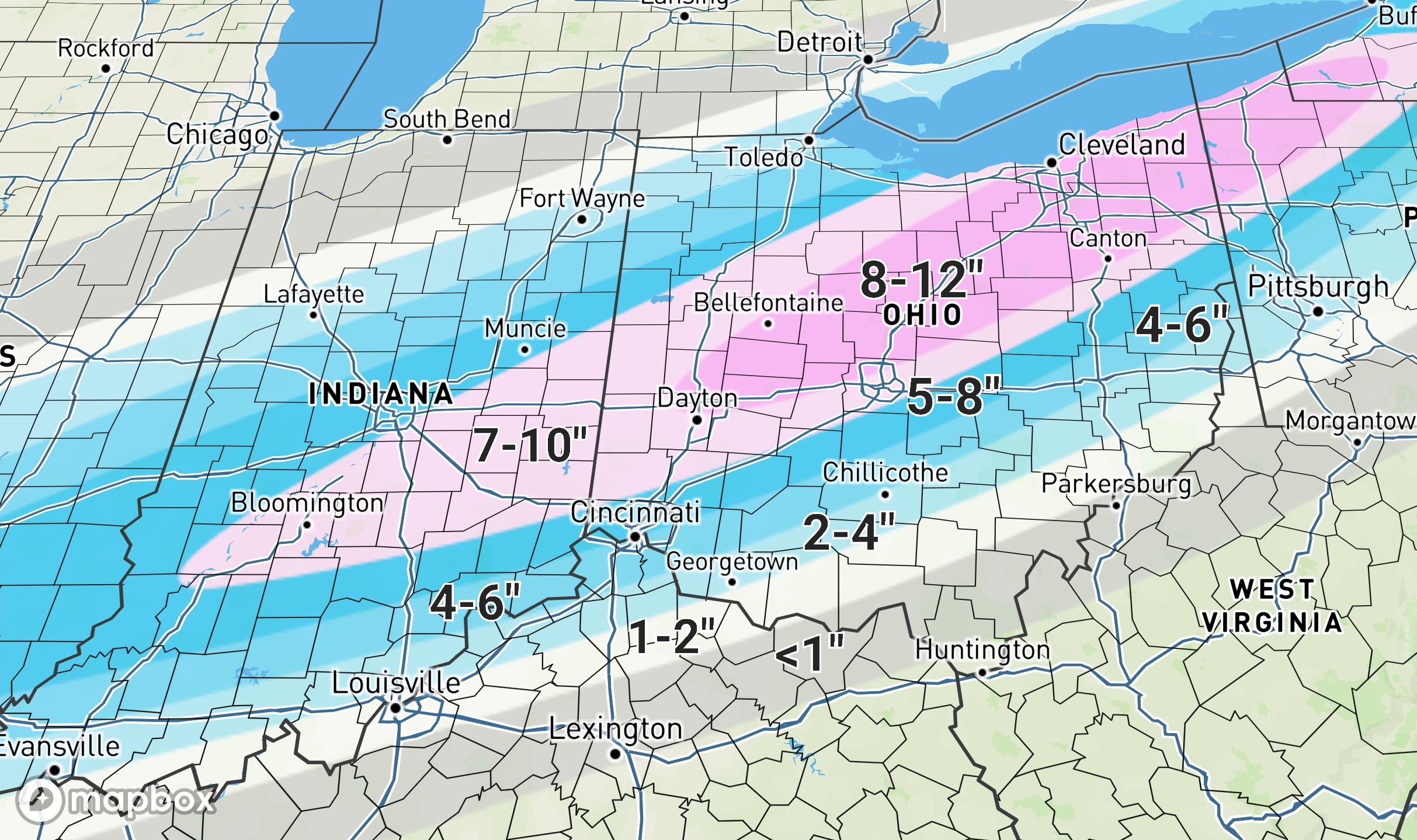 Since our last update, the MASSIVE WINTER STORM currently impacting the Ohio Valley has generally acted as expected thus far with some areas picking up several tenths of an inch of freezing rain and sleet since early this morning. Further to the Northwest, snow has been accumulating since late morning and will continue through tonight where it may become heavy at times. Elsewhere, sleet and freezing rain will gradually change to snow along and to the northwest of Interstate 71 later this evening. Snow, thanks to strong upper level support, will live on across portions of the Ohio Valley well into the day tomorrow, which has prompted us to increase snow totals in some areas, especially along a Cincinnati to Wilmington to Columbus line and northward to Interstate 70, including Dayton and Richmond, Indiana. Power outages are expected to initiate across far southern portions of the region well into tomorrow due to the likelihood of 1 and 2" of ice through daybreak tomorrow. With any luck, the expected impacts are minimized via heavy precipitation rates etc. Otherwise, following the conclusion of the storm, bitter cold air will follow for Friday night with temperatures ranging from -5F to +5F by early Saturday morning. Stay safe and stay warm! 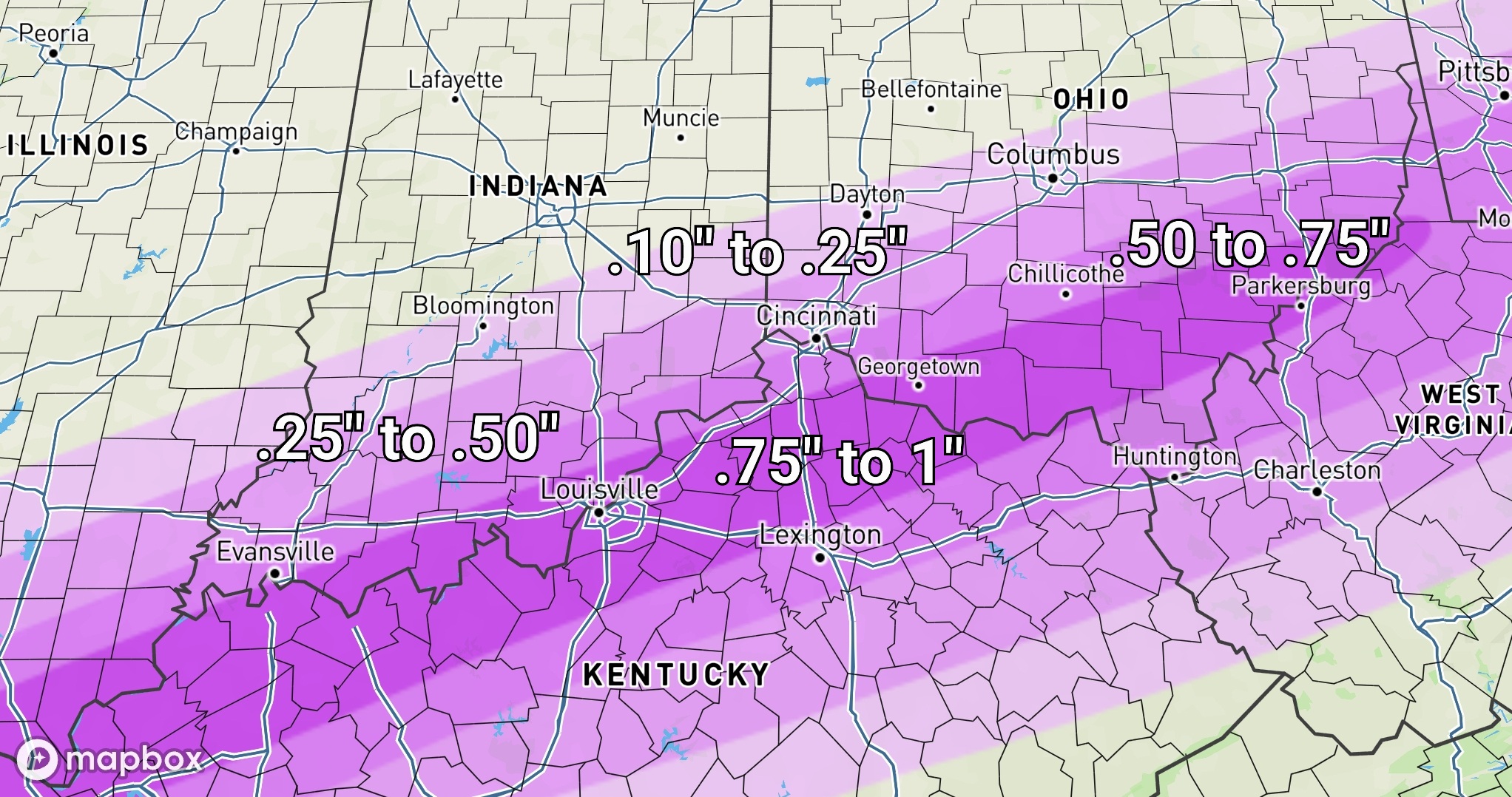 MAJOR WINTER STORM TO CAUSE A TRAVEL NIGHTMARE ACROSS THE OHIO VALLEY THURSDAY AND THURSDAY NIGHT.

Cutting straight to the point, this storm is going to be a nightmare for all of us, both publicly and to forecast.

After pouring over hours of data, past occurrences, trends, and our own intellect, one simple question can be answered: It is the Ohio Valley, so anything and everything is possible.

Trends suggest that cold air is progressing faster then a day or two ago. This leads to the idea more snow should get involved. Ice will be very significant in places; however, the farther north and west you go, ice should be less than what might have been depicted on Sunday or Monday. The biggest and toughest issue is where does the boundary set up?  20 miles can be the difference between significant icing and light snow, to a snowfall that buries someone.

Confidence has been high on a major, disruptive storm, but as of Tuesday afternoon, the exact location for snow/sleet/freezing rain battle zone is still a coin flip. Major adjustments are likely over, but small fluctuations can mean big changes for those that straddle the line for what could be 12-24 hours of precipitation.

Stay tuned as we will continue to provide updates throughout this impending storm.