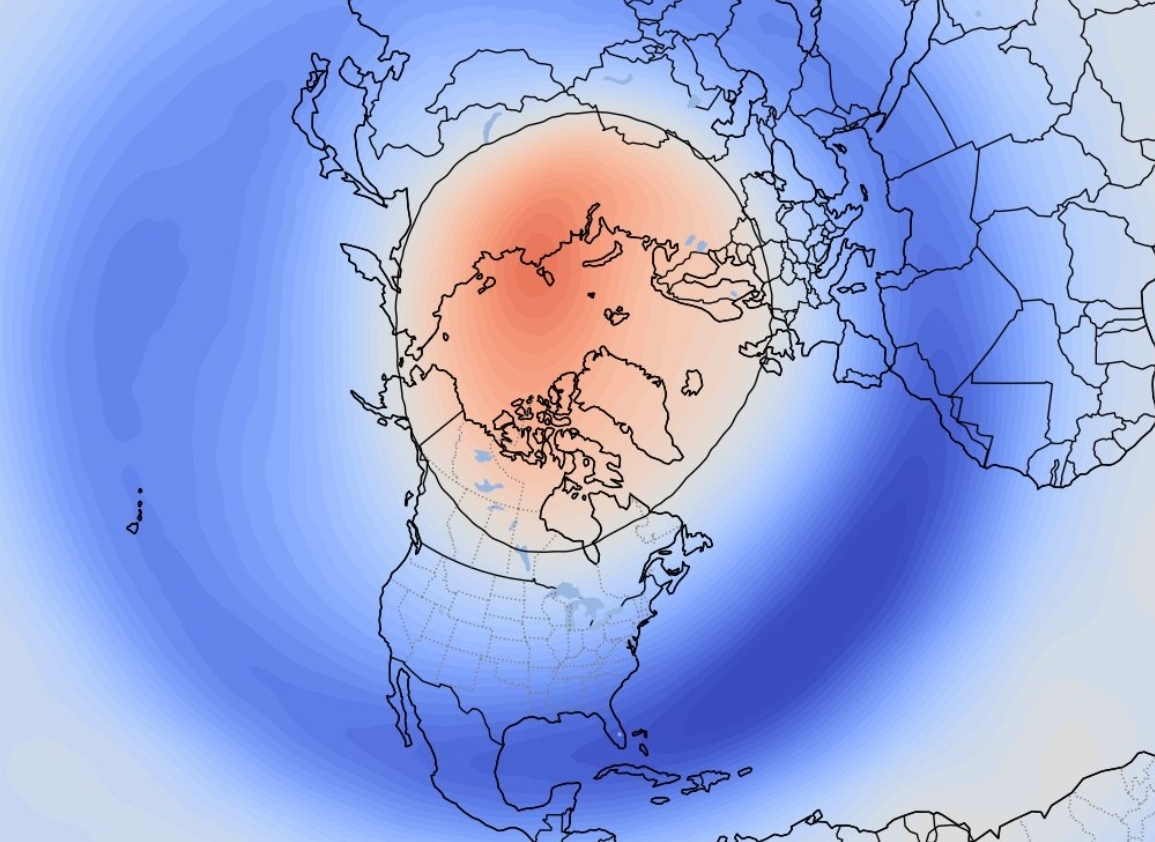 ECMWF Temperature Departure December 2021
❄ Weather models indicate a fast start to Winter in December as high pressure over the North Pole could force Arctic air into the Midwest and Ohio Valley regions...
Who likes Winter?  Who wants an early start to winter?  This has been something that I have been mulling over in my head since late Spring. All you heard about was relentless, record heat and drought. The key I was focusing in on was the atypical high pressures centered over the high latitudes of the Northern Hemisphere. The question I asked myself, “If this holds and strengthens through the summer and fall, could we be setting up for a cold/stormy winter?”


While it is still early in the Autumn season, signs continue to lend themselves to a cold and stormy winter regime as we head into December. Long range Blocking signatures continue to show up on many favored climate models runs, in the favored locations. Those areas are in northern Siberia, northern Alaska, atop the North Pole, and Greenland. What does this mean for the United States?

Glad you asked. With a second year La Niña, that is not out of control, should prevent mild air from flooding into the country. Instead, high pressure should stay in firm control in the western Pacific forcing the sub tropical jet to take a path from east of Hawaii, through Mexico, into the Gulf and then up near or just off the East Coast of the United States. In return, the polar and Arctic jets will have a tendency to sag south across the northern half to two/thirds of the country. This sets up the potential for cold, deepening storms for the eastern half of the United States. So the threat for cold precipitation storms could be higher then average.

Why the sense of “winter excitement”?  The latest Euro monthlies have come in and they paint a rather glorious picture for winter weather lovers! Strong, concentrated blocking at the Pole with deep, cold pools beneath the blocking flooding the majority of the country with cold air. When you add in an active jet stream, winter could get going fast.

Again, we still need more time to hone in on the specifics, but if you like cold and snowy weather for winter, you cannot ask for a better set up then what the European model shows. This might be one the most impressive maps I have seen in September for many years, and I have been studying weather for nearly 30 years. STAY TUNED!!